HEI Schools Emerald is a thriving, community-oriented early learning center at full capacity. However, this was not always the case. It previously had an extremely poor reputation due to a prior franchise in the space. Thanks to the hard work of center director Amanda Patris and her teachers, along with support from HEI HQ, it now enjoys an outstanding status in the close-knit Australian community. Read more below!

Get the Full Case Study 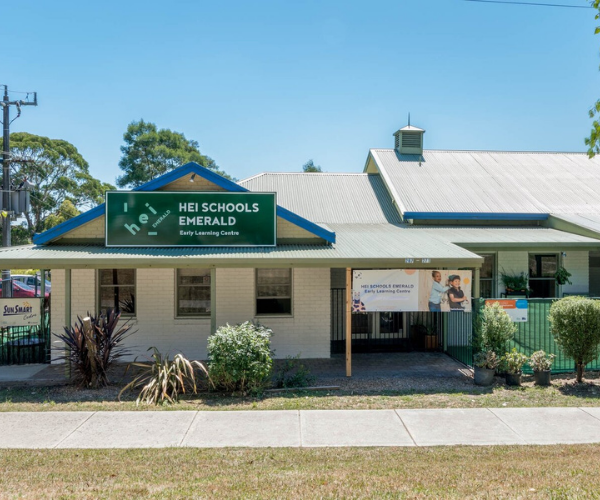 My commitment to providing a high-quality early learning center comes from an emotional commitment to give the families in the community somewhere that they can trust and depend on for their children’s education.

Amanda Patris was planning to leave the early education field when she began consulting for a kindergarten that had recently changed owners. The previous franchise had developed a poor reputation spanning almost two decades, and many people chose to bring their children to other towns to find better care. When offered the manager position, Amanda took it, simply because she had fallen in love with the HEI Schools pedagogy. She and her team relentlessly revamped the center's reputation, primarily by providing high-quality education visible to the whole community. Field trips quickly became their best marketing tool, and enquiries increased.

Another dramatic change that came about after the HEI Schools brand came in was the educators' confidence and professionalism. Thanks to HEI Schools' rigorous teacher training and on-site mentoring of a HEI HQ pedagogue, Paula, teachers became more skillful and confident in their teaching practices. One such educator, Amanda Ball, recently earned a score of 'Exceeding Quality' in her kindergarten classroom alongside her head teacher. She most values HEI's individualized learning approach, a pedagogy unlike any other she encountered in the ECE field before.

Families are also very happy with the center's program. Laura, parent of two students, is grateful for the educators' commitment to the children and meeting their unique needs. She also appreciates the independence and collaborative spirit that the program cultivates in her children, and she can't recommend it enough.

HEI Schools has a great reputation in the community

Educators are highly skilled and proud of their profession

Enrollment is at full capacity with a wait list

HEI Schools Emerald celebrated its second birthday at the end of February, and when asked what made her most proud in the past year, Amanda’s answer was simple: “Surviving COVID. And not just surviving, but thriving.” The team came together during that challenging time to maintain connections with the community, from hosting weekly video meetings with their children’s groups to sending them letters, photos and homework to providing materials for the families to pick up outside the center. When HEI Schools Emerald reopened, every single child returned to the center, and some even returned with siblings born during the lockdown.

More than anything, Amanda credits her team with HEI Schools Emerald’s success: “Everyone is united to provide a high-quality program, and it has created a subculture of educators who really care about each other and the children. The team is the strongest part of the community, and I’m so proud of the work we’ve done together."