We were honored to be featured in the following CNN article on April 5, 2019.

Can happiness be exported? One Finnish school believes so.

(CNN) - Finland has emerged as the happiest nation in the world, and not for the first time.

The Nordic country, home to just 5.5 million people, scooped top spot in the UN's World Happiness Report -- which ranks countries by how content their citizens perceive themselves to be -- in both 2019 and 2018. Furthermore, it has consistently ranked in the top 10 -- since the first report in 2012.

Compulsory school education also begins at seven, which is late when compared with British children, who begin in the year they turn five, and the U.S., where children enroll before six.

Standardized testing does not exist in Finland and students are encouraged to explore their strengths, rather than compete, in a more relaxed environment, which education experts say can have a lifelong positive impact.

John Helliwell, editor of the World Happiness Report, told CNN that Finnish children posting the highest scores in the OECD's PISA education rankings first attracted international attention to the country's school system. "The same thing is now happening for happiness, with respect to life as a whole," he said.

He said the country's top educators had ensured that the "system move beyond the achievement of test scores to the development of happy and well-adjusted children and adults."

One entrepreneurial Finnish school is now branching out overseas, exporting its lessons globally in a bid to spread, and sell, this happiness.

'Something valuable to offer'

Tests, competition and ranking are all shunned by Helsinki International Schools (HEI), an institution with seven outposts in China, Australia and South Korea, which aims to make "high-quality early childhood education ... accessible for as many children as possible."

It says its concept has proved such a success that six additional branches have opened since the first one in the Inner Mongolian city of Baotou in 2017, catering for 300 children aged three to six. It is now planning new initiatives in Argentina, Saudi Arabia and Kuwait.

"We soon realized that if we could make this model work in Inner Mongolia, it would probably work anywhere," Milla Kokko, HEI Schools CEO and co-founder, told CNN.

Related article: This is the world's happiest country in 2019

Kokko said: "Clearly Finland has something valuable to offer people around the world." The idea is to collaborate with overseas educationalists rather than export Finnish educators, she added.

"We started by building this very holistic package that people outside of Finland can operate. If the model was based on finding Finnish teachers to run it, we would eventually run out," the CEO laughed.

Kokko said that research shows that children learn most effectively when they are enthusiastic about the subject.

"But it's very difficult in competitive environments to say 'just relax and let the children find their own interests. I would say that Finland is not a very competitive society so it has been easier to implement this. When you have the culture to try that, you see that it works, but having a culture of competition and ranking-based models makes it more difficult."

"Education in Finland has not always been first-rate; there were many important reforms introduced several decades ago, something they recount to show that good education is not culture or nation-specific, but can be developed anywhere. Being Finns, and good at sharing (something else that can be emulated and learned), they were responsive to outside interest, and willing to help others to improve their education systems."

Unlike in Finland, the 'satellite' schools are not free. HEI Schools Marketing Communications Manager Pamela Lewis told CNN that national operators decide on their own fees but are "typically ... landing on fees suitable for (the) local middle class."

"The reasons for the success of any education system are always complex, contextual and there is always the danger of post-hoc explanation."

Related article: Ice swimming embraced by people of happiest country in the world

She added that the interesting thing about Finland's education system is that "it was not developed into its current form in order to tick boxes of success, but in order to be supportive of all children's learning."

Hofmann said that "we do not know whether things that work in one cultural and policy setting will work the same way in another" but pointed out that HEI Schools is instead trying to allow for its model to develop in a "co-constructive" way through its implementation by teachers in different countries.

One place with an almost diametrically opposed educational culture is South Korea, where emphasis is placed on academic achievement within a hothouse system. Seolmi Lee, a parent at an HEI school in Seoul, said she had come to seek an alternative model after majoring in early childhood education herself.

Lee told CNN that she felt South Korean education was stuck in a traditional system where children operated within a "set framework with fixed answers."

She had been impressed that "in Finnish education, children independently take the initiative to decide what kind of activity they would like to do, find answers within the play they choose, and finish the activity without a set time or framework."

By doing so, children "gained a huge sense of accomplishment and self-confidence, which eventually leads to the happiness of living."

Every parent wanted their child to be happy, Lee said, adding: "I want to teach my child that happiness is something that she has to make herself, rather than somebody making it for her."

Studies consistently prove a solid foundation in early years has a lasting, lifelong impact, according to Sue Palmer, a former head teacher, literacy expert and author of many books including "Toxic Childhood."

Studies consistently prove a solid foundation in early years has a lasting, lifelong impact, according to Sue Palmer, a former head teacher, literacy expert and author of many books including "Toxic Childhood."

Palmer told CNN: "My admiration for the Finns is for their education in general and the trust they put in teachers, but specifically for their absolutely remarkable pre-school provision."

Palmer strongly believes the later starting age is key to Finland's success and would like to see more countries follow suit. Two thirds of countries start school at six, 12% at 4-5 and just over a fifth -- 22% -- at seven, she said.

"Nobody in Finland expects children to be reading and writing formally until they are seven which means they get four years of play and early years pedagogy.

"There are a lot of children who are simply not developmentally ready and if you force them you can create a lot of problems."

We offer a wide selection of webinar recordings about early education! 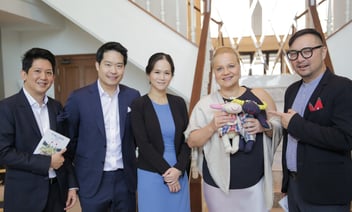 The Finnish education company will be opening its first Learning Center in Bangkok in 2021.... 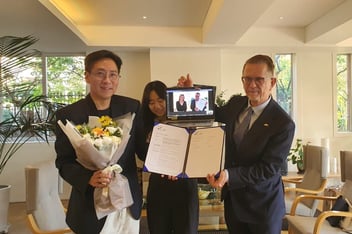 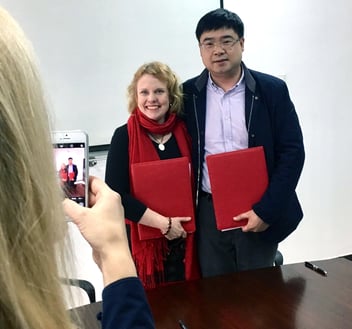 HEI Schools To Cooperate with the Chinese Academy of Science

In March 2017, HEI Schools signed a letter of intent with a kindergarten chain owned by the...